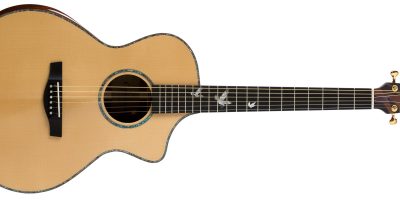 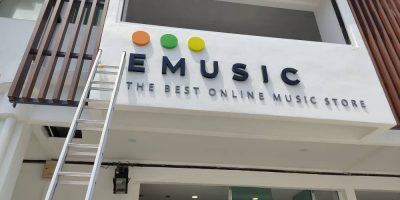 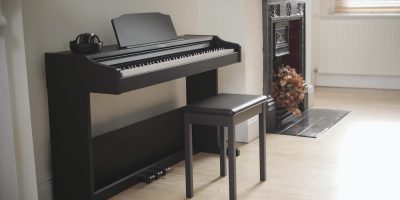 In recent years, the Katana series of guitar amplifiers from BOSS have achieved a sort of modern-day legend status. It has been widely heralded as some of the best sounding and feature packed digital modelling amp in the market. The Katana has gotten consistently good reviews from all around the world. These amps employ BOSS’ ‘Tube Logic’ technology that is present in the higher end WAZA HEAD and Blues Cube amplifiers. This gives the amp a very touch sensitive and dynamic response just like a vintage tube amplifier. With the crazy success of the Katana amps, now BOSS has revamped the 50, 100, 100/212 and HEAD models with more fire power in the MkII versions!

So, what’s new in the Katana MkII? As you may already know, the original Katanas boasted 5 modeled preamps to choose from i.e BROWN (fans of Eddie Van Halen rejoice!), LEAD, CRUNCH, CLEAN, and ACOUSTIC. On the MkII version, there’s a Variation button where you can toggle between 2 versions of those individual preamp voicings. So that gives you 10 sounds already! The tones you get here range from jazz, blues, rock and all the way right up to metal!

A unique feature we’ve always liked here is the ACOUSTIC setting which re-voices the amp to function just like an acoustic amp. For instances at a gig where you’d need to plug in a piezo equipped acoustic guitar, the Katana’s got you covered. You won’t need an extra DI Box and take up a channel on the mixer! 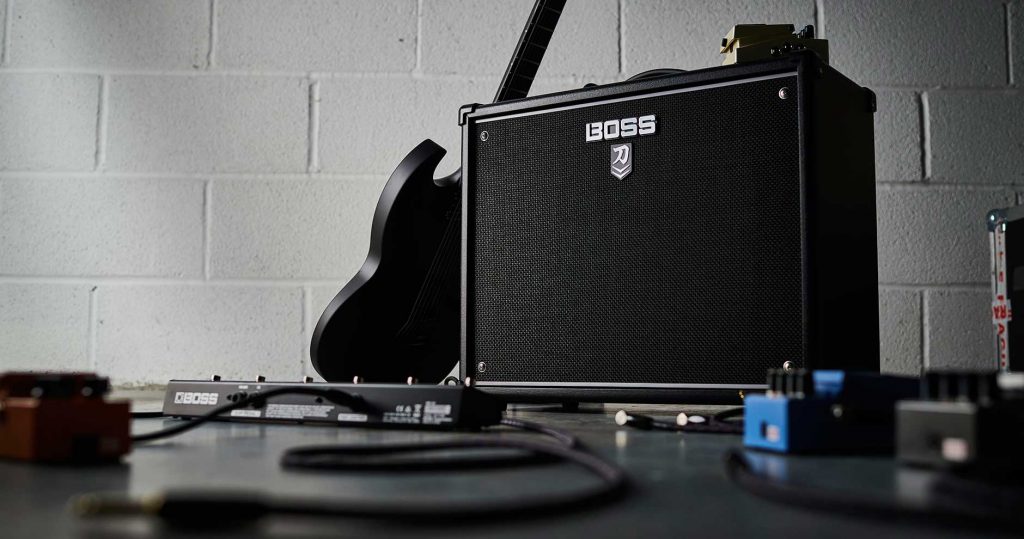 The control panel on the MkII is a little bit different. This time around the effects section have dual concentric knobs to control different effects each. This makes it much easier for you to have more individual control of the onboard effects and you can now have a total of 5 effects running simultaneously out of the onboard 15.

Of course, all these onboard effects can be re-assigned with other effects using the updated BOSS Katana MkII Tone Studio software which is a free download from www.bosstonecentral.com. The Tone Studio is an editor and patch librarian software. There, the Katana MkII’s functionalities are further expanded to have over 60 effects to play with.

A great new feature that’s available only on the 100w versions of the MkIIs is the ability to connect 2 Katana MkII amps together with the Stereo Expand output. The experience of playing 2 amps in stereo is really a pleasurable one. Good thing is that these Katanas are affordable enough to be obtained by the pair! We must warn, you may not be able to go back to a single amp setup thereafter!

In recent years, amp and effects modelers such as the Fractal Axe-FX, Kemper Profiler and Line 6 Helix have become more and more popular. As digital modeling technology advances at an exponential rate, more musicians are embracing such products. These systems would require a full range PA system to reproduce the modeled sounds accurately. Alternately for home use, guitarists would need to use either active studio monitors or what they call an active FRFR (full range flat response) speaker cabinet. The Katana MkII addresses these issues with its Power Amp Input. You can simply plug your modeler into that input and the amp is automatically optimised to reproduce the tones correctly. With the built in 12-inch custom designed speaker, you can now have an ‘amp in a room sound’ without breaking the bank! 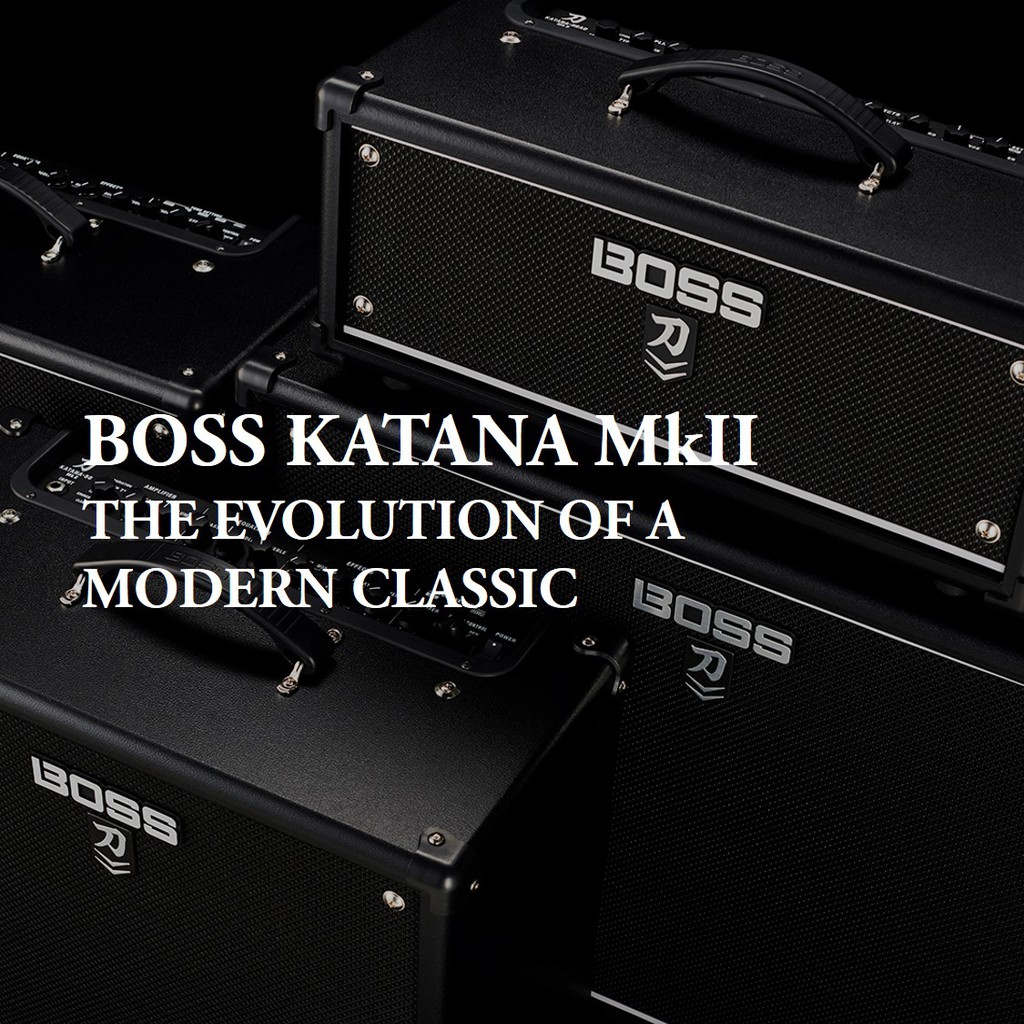 From The Bedroom to The Stage

Whether you are a bedroom guitarist or a professional musician, the BOSS Katana MkII series of amplifiers will deliver you great tone in all instances. Be it for low volume playing or when you need to cut through whilst on stage, the Katana’s Power Control knob will power scale according to your needs. For a complete setup which is gig ready, you may want to consider expanding the amp with the GA-FC foot controller pedal for patch switching and an EV-5 expression/volume pedal for wah-wah work or volume control. The 100W Katanas comes spec-ed with a line out for hassle free direct connection to the PA.

At EMusic, we care about your guitar needs. A guitar amp is a very crucial part of your tone. Contact us for any enquiries on the BOSS Katana MkII. Shop with confidence.